…one of the world’s leading dramatic baritones… 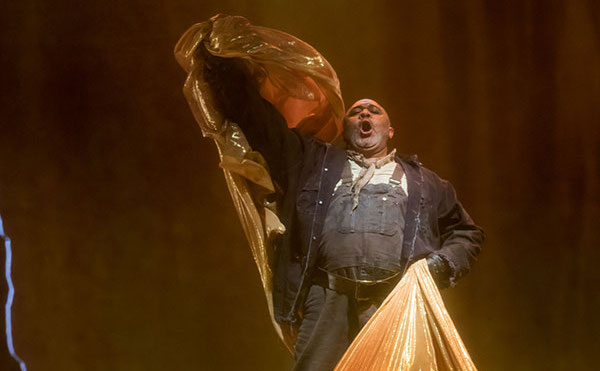 As part of #BlackHistoryMonth, Washington National Opera is celebrating the narratives and voices of Black artists, singers, and composers.

“Gordon Hawkins is critically acclaimed throughout the world for his in-depth interpretations and lush baritone voice. As a graduate of the University of Maryland School of Music, he sang the various bel canto roles of Italian opera. Hawkins has an impressive number of title roles under his belt. Some of his lead roles include the title role of Nabucco and Macbeth, Count di Luna in Il Trovatore, Scarpia in Tosca, Amonasro in Aida, and many more. He’s won the Metropolitan Opera National Council Auditions and was awarded the Washington National Opera Artist of the Year in 2006. Hawkins is also a Professor of Voice at Arizona State University.” Washington National Opera

[Presented as part of #BlackCultureMatters, a WNO content series centering Black voices in the arts and affirming that Black lives matter.]

Social Share
Manage Cookie Consent
To provide the best experiences, we use technologies like cookies to store and/or access device information. Consenting to these technologies will allow us to process data such as browsing behavior or unique IDs on this site. Not consenting or withdrawing consent, may adversely affect certain features and functions.
Manage options Manage services Manage vendors Read more about these purposes
View preferences
{title} {title} {title}